In 1999, when I came out to my long-time boss and friend, Hap Myers, an Alabama State Senator and conservative Republican, he was, to say the least, shocked. And he was afraid, not just for the blowback on the company for which I had worked 25 years, but also for me and my family. Hap was a good man. But his final words to me still ring in my ear: “Don’t get in people’s faces like most gay people do.” I knew what he meant. The visible gay people pushing for equal rights in Mobile and Alabama were “in your face.” And I too sometimes wondered why they couldn’t just chill out and go with the flow of the times. They were making progress and it was just a matter of time, it seemed to me, until they would get most of what they wanted. I had been “asked” to leave the company when I came out to the powers, the owners of the company that had bought BCM. They did not think a “queer” should be in such a visible position as Executive Vice President, especially given that many of our offices were in what we now call red states. So with little real planning, I was cut loose from most of the things that had given me a measure of self-worth for most of my adult life. For the following two years, I struggled with the loss of my career, my family, my economic stability, my community, and with the critical decision of moving forward with transition or not. For almost a year, I did nothing toward moving into transition; I just tried to survive by focusing on building a new career. While with BCM, I had played the dominant role in getting the company on board with the power of the computer. When I was in my master’s program at Auburn in 1972 and even when I arrived at BCM in 1974, everyday engineering tasks at almost every engineering firm were still being done using slide rules and the occasional primitive calculator. When I left the firm in 1999, BCM was one of the leading engineering firms with respect to use of computers in everyday engineering problems. So it seemed natural that I would lean toward doing something with computers. And I did: I END_OF_DOCUMENT_TOKEN_TO_BE_REPLACED

Uncle Travis and the Bunny Chair

When I was just seven years old, my mother got pregnant. I do not remember much about that period save for the memory of making this chair for my coming sibling with the “help” of my grandfather Travis. He and Bubba had been able to scratch together sufficient funds to buy a house in Acipco; they had been living in the small apartment carved out of the big house Big Momma owned on Princeton Avenue. The correct name of the neighborhood was ACIPCO-Finley, one of the many mill-towns that developed in and around Birmingham, Alabama, under the direction of the iron and steel mill magnates of the early 20th century. ACIPCO was the acronym for American Cast Iron Pipe Company. Like most of the steel towns, Acipco was located in the western portion of Birmingham and on the north side. In the 1950s, it was not a bad area to live in if you did not mind the occasional foul air when the wind blew the wrong direction. None of the interstates that now dissect Birmingham END_OF_DOCUMENT_TOKEN_TO_BE_REPLACED

This is a picture taken by my fiance’ Cyndy Long, in 1966. She was waiting for the cadet wing to march up the ramp on the way from the parade field to the Terrazzo . You can see the 17 spires of the Cadet Chapel (one each for the 12 apostles and the five chiefs of staff). The building on the right is my part of Vandenburg Hall, the cadet dorm. END_OF_DOCUMENT_TOKEN_TO_BE_REPLACED

At the urging of your Dad, I am going to try to write something every day in the hope you will eventually read this part of my blog. I’m going to tell you a lot about myself and my family’s doings long before you arrived on this earth. Let’s start with an important aspect of life that I took far too many years to appreciate. Live for the moment. Be present. Be true to yourself at all costs. Enjoy life. Bubba p.s. I found this photo floating around on Facebook; I cannot find the creator to give proper attribution. 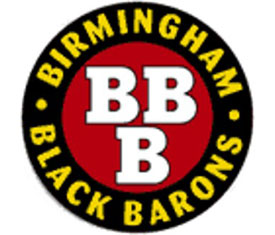 Ernie Banks died this past January. Like many baseball greats of the past, he began his baseball career in the Negro League. One of my earliest memories is of staying with my great grandmother, Big Momma, in her large house on Princeton Avenue in Birmingham, Alabama, and listening to the Birmingham Black Baron’s home games on the radio. She was a great fan of the Birmingham Black Baron’s, her ‘boys’ as she called them. And she really did not mean any thing demeaning with the term ‘boys.’ That was just the way it was in the deep South in the late 40’s and in to the 50’s. But she would not actually go to the home games even though the baseball field was only a few miles away; she didn’t think it proper for a white woman to go to a baseball game unescorted, and her husband was long dead when I arrived on the scene. Big Momma, as did most white folks in Birmingham, END_OF_DOCUMENT_TOKEN_TO_BE_REPLACED