“YOU’RE THE MAN DAWN!! LETS GOOO!! YOU DON’T KNOW HOW LONG I’VE BEEN TRYING TO FIGURE THIS OUT! THANKS FOR THE DETAILED INSTRUCTIONS DUDE!!”

That is a recent comment on one of the how-to videos I make for my students. Although my name is Dawn and I have a photo of myself on my YouTube channel, my masculine voice tips the male-female basket of gender sticks to the blue side every time.

My sense of gender performance is that we all are a mix of traditional male and female attributes – my basket of gender sticks. The metaphor is of a basket containing sticks, some pink and some blue with others of indeterminate color. If you have enough pinkish sticks, the basket tips toward the feminine side and you are perceived as a woman. If there are too many blue sticks, you are perceived as a man. 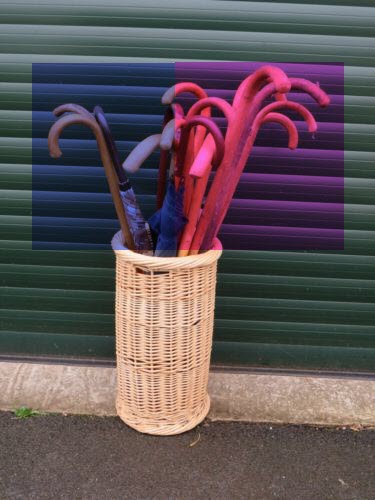 This is a potentially life-altering balance for trans folk, particularly for transwomen like myself.

When I was first trying to accept my real self, I felt compelled to have as many pink sticks as possible so that I was “read” as a woman and not a man.

My problem is that I was given a traditional male body – 6 feet tall, broad shoulders, large feet and hands, balding scalp, and a masculine voice.

With a lot of effort and good help, I was able to address most of these fairly successfully, and my basket began to reliably tip toward the female side.

But I was not so lucky with my voice. Although I spent many hours with professional voice coaches, I was never able to get a feminine voice. No matter how hard I tried, I am invariably read as male over the phone and at drive-throughs.

But not so when I am face-to-face with most people. My voice is noticed, but I have enough pink sticks to tip my basket to “woman.”

I have lived in Mobile, Alabama, for about 40 years. My favorite department store before I transitioned is Dillard’s, and it is still where I prefer to shop for my clothes. Soon after I transitioned, I met a sales clerk in the women’s area named Dorothy and we became friendly. Whenever I was in Dillard’s, I looked for Dorothy to help me and ring up my purchases. When she was working with me, I never had any problems.

About 10 years ago, I came in one day when Dorothy was off, though I didn’t know it at first. I found some clothes I wanted to try on and just walked to the dressing rooms by her station, found an empty room, and closed the door. The replacement clerk evidently saw me enter and came over to “claim” me so she would get the sale. She knocked on my door and asked if someone was helping me. I was startled not to hear Dorothy and answered, “Dorothy normally helps me.”

Immediately, I heard a raised voice, “You are in the women’s dressing room and you must leave now!” I panicked and did not respond while I rapidly tried to get my own clothes on. Before I could get completely dressed, I heard a male voice say, “Get this door open or I will force my way in!”

I opened the door and there was a uniformed policeman there. He looked at me, stammered, and said, “I’m sorry, Ma’am, I was told a man was in this dressing room.” He backed off and the sales lady began to apologize as well and saying she would be glad to assist me. But I was too unnerved, and I rushed out of the store to my car and drove home.

After a few months, I finally found my way back to Dillard’s, found Dorothy, and continued to shop there. But a few years ago, Dorothy retired, and I did not go back.

Last year, I was awarded the Distinguished Faculty award by my school. I was asked to come up to Albany to accept the award at graduation and I needed some clothes. With some apprehension, I went back to Dillard’s, given that nice clothes shopping options are relatively few in Mobile. Trump had been elected, North Carolina’s Bathroom Bill had been passed, and awareness of trans women was heightened, especially in the South.

Compounding the problem, Dillard’s had cut back on staffing and there were very few sales clerks on duty on the floor I needed. I found some clothes I wanted to try on, but could not find a salesperson to help me, so I ventured into the dressing area. Sitting outside the door, was an older white male, glaring at me as I walked by. I presumed his wife was in one of the dressing rooms, and I almost did not go in, as he made me feel uncomfortable. But I needed the clothes.

And within minutes, there was a replay of the scene from 10 years back. A knock at my door asking if I needed help, my answering I had found some things I wanted to buy, and a shrill voice: “Get out of here, freak! I have called security!”

I scramble to get dressed and just made it as a heavy male voice demanded I open the door. I opened the door and the policeman asked for my identification. I gave him my driver’s license, which thankfully has an “F” and he studied it for a minute or so. Then, he apologized, “Sorry, Ma’am, the fellow outside thought you were a crossdresser or something, and he didn’t want to have his wife attacked.”

I nodded and didn’t say anything. I just walked out of the store as quickly as I could, shaken and determined to leave Mobile and this awful red state as soon as I could.