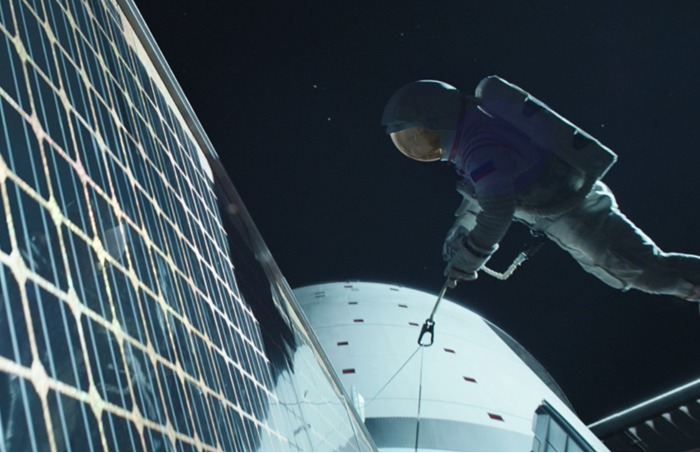 For distraction, I have been watching the Netflix series Away. It is about a crew of astronauts who embark on a 3-year trip to Mars. The commander is played by Hillary Swank, who I first fell in love with in the movie Boys Don’t Cry, which came out in 1999 about the time I was coming out.

The episode I watched tonight was the “Christmas” episode. I have to admit I cried through much of it. There is so much loss by the crew and their families. But I was struck most by Swank’s character and also by Misha, the Russian cosmonaut who lost his relationship with his daughter because he felt compelled to prioritize “space” over her. And Swank is feeling great angst about the effect the long absence will have on her young teenage daughter during some critical years. And all the crew realize that there is a chance they will never return to Earth and their families.

I cried because I can see myself and my daughter reflected in Hillary and Misha and their daughters. No matter how much Misha tries to bridge the gap between himself and his daughter, she will not totally forgive him for leaving her for space. And Swank is thinking much the same: did her zeal for space result in a permanent barrier between her and her daughter.

Now I am no astronaut.  But I made a decision 20-something years ago to leave my old life in search of one I thought I should have, regardless of the impact on my family. In many ways, that was selfish.

Today, I am not at peace with that decision. I and my family lost a lot because of it. Though I do feel that time has sanded away some of the rough edges with our relationship, I feel so very much alone. In all these 20+ years, I have never felt any attraction to anyone, nothing approaching what I felt for my Ex. Until I moved south to be closer to my daughter, I could count on my hands the number of hugs I had in those 20 years.

I don’t know if Swank will be able to return to her family or not. But I do know I feel I am lost in space. I unhooked my tether and I have floated away. 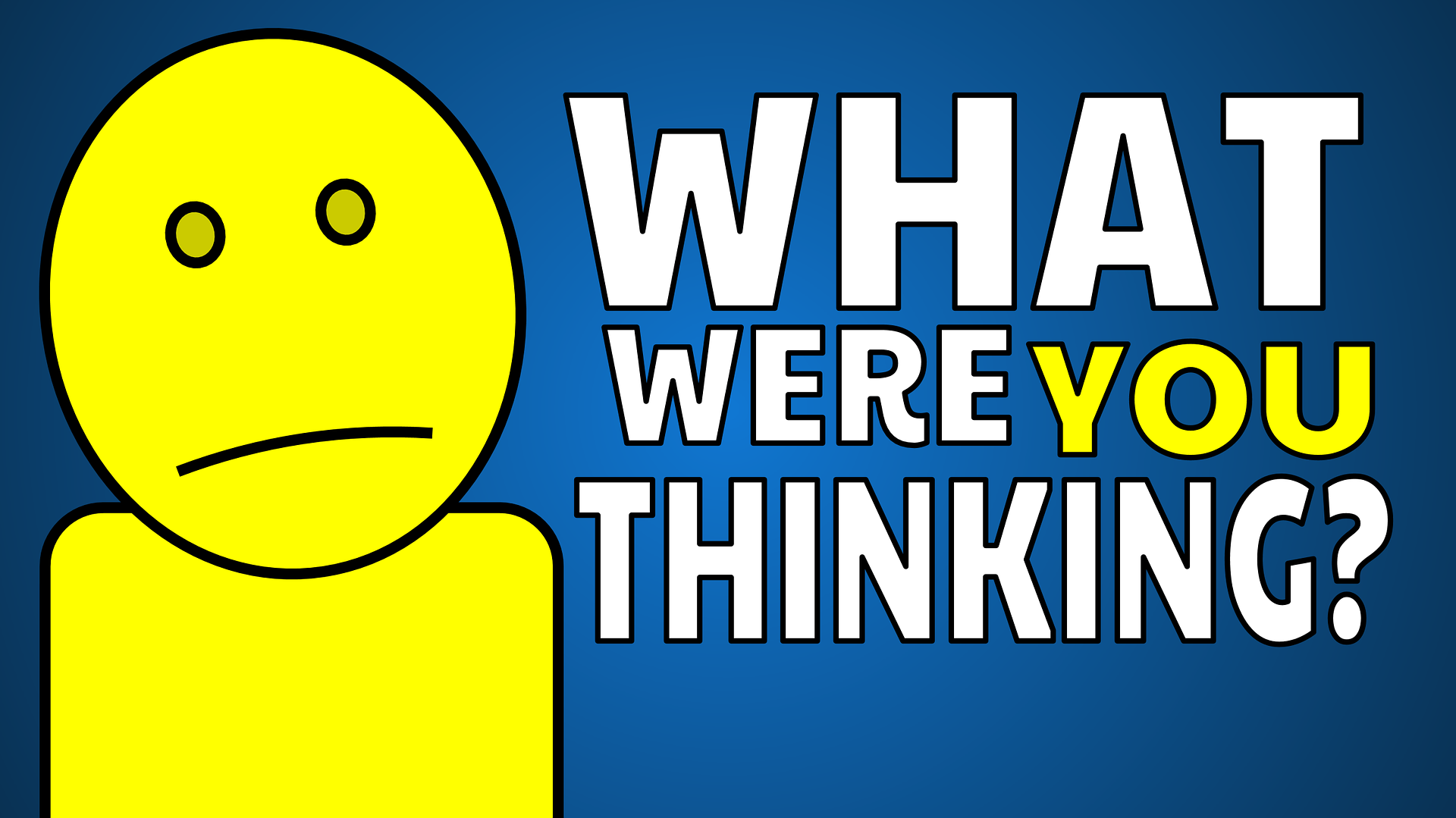 When your family rejects you because you are trans, is it possible to replace them with a new family of friends and supporters who accept you for who you are?

My sense is an emphatic no. no matter how connected you become to the new family, the pain of not being accepted and included by your birth family never goes away. I firmly believe that those who claim you can replace your birth family are rationalizing and failing to admit that the pain is still there.

I knew I was “different” from the time I was a small child. But I learned that being different growing up in the early 50’s resulted in a lot of pain, physical and emotional pain. So, I learned to sublimate my true self and get on with life.

And I was successful if you gauge success by being able to fit in and do quite well on most metrics. I had a good job, was successful professionally, had a great traditional family, at least until I could no longer deny who I really was.

Then, all that disappeared very quickly. When I came out to my wife in the late 1990’s, there was no successful role model I could show her to try to convince her to stick with our marriage. So, it collapsed and that led to my career collapsing as well.

There is no doubt, the loss of my job and financial stability hurt my wife and daughter immensely. Still, I had been the primary provider for much of our marriage and our lifestyle was considered lower upper class at the worse.

After our marriage ended, my ex became extremely angry toward me and that resulted in my relationship with my daughter degrading quickly. For the 20 years since our divorce, my ex has effectively blocked me from having a meaningful relationship with my daughter. And now with my granddaughter as well. I will not bore you with the details, but I can count the number of times I have been with my granddaughter on my fingers. And the number of times I have been physically near my daughter these twenty years averages less than twice per year.

Last year, my daughter and son-in-law broke up and divorced. Because my son-in-law has been the bridge between my daughter and myself, I was shaken severely. I thought I would lose all connection with my daughter and granddaughter. So I decided to move down to Florida to get closer in the hope that I would be fortunate enough to be “available” when an opportunity arose.

Sadly, it is not working out that way. In the two months I have been living just a few miles away, I have seen my daughter exactly twice. I have not seen my granddaughter at all, save on Facebook.

But I see on Facebook that my ex and her husband are often with them, especially for those important childhood events.

Because my ex still has so much hate for me, I will never be able to develop a true relationship with my granddaughter at long as my ex is in the picture. And I do hope she is around a long time for my daughter’s sake.

So, I wonder what I accomplished by moving to a place where I know no one. Instead of lessening the pain of not being included, being physically close has eliminated my ability to rationalize and excuse because I was “so far away.”

Help! I’ve fallen down a trans rabbit hole and I can’t get out.

In 2006, my world seemed to be approaching normality. I was back in my doctoral program, had found a wonderful supportive Catholic nun, and was awarded the honor of Vagina Warrior by the Feminists for Progress. And just prior to my 61st birthday in December of 2006, I flew to Thailand and finally had gender confirmation surgery. Then the darkness of being swallowed by my doctoral research overwhelmed me. I dropped out of my activism for GLBT rights to make time for the long hours completing the dissertation.  Finally, in December 2009, I was hooded and left school with a new Ph.D. in search of a job with which to pay back my student loans with enough left over, I hoped, to allow me to pay off the remaining credit cards I had used to pay for my transition.

But something, a lot of things really, happened in the real world while I was gone. Bay Area Inclusion, a GLBT support organization I helped found in Mobile, folded its tent and went away. A new breed of trans-activists arrived on the scene and began to change my simple gender binary world. I first realized this when I saw that a “Q” had been added to the end of GLBT, the Q standing for Queer. Although the label queer had been in vogue way back in the ‘50s as a derogatory term for gay males, I learned it now stood for anyone who felt they did not fit into the neat boxes of male/female or straight/gay-lesbian. Then an “I” was added for intersex individuals as they too wanted to differentiate themselves from the run-of-the-mill gays/lesbians/trans/queer people. And I was OK with that. I could understand their point because their physiology just was different from that of most people.

But then the alphabet soup of letters was added making the LGBT tag almost meaningless, at least to me.

This article popped up on my Facebook feed this morning, so I clicked and read. I had two thoughts when I finished my forced reading – not far into it I had the distinct feeling that some aspiring trans activist was clawing for something “trans” to write to come up with this fluff. All the things “they” suggested were common sense things an empathetic person would do for any friend struggling with an issue. The only difference was that the writer forced the overlay of trans onto the piece probably thinking the #trans keyword would help “their” marketing.

You may have noticed my use of air quotes around the non-gendered ‘they’ and ‘their.’  I did that because the writer, who is evidently a trans man, chose to make the article about gender-neutral body dysphoria instead of gender dysphoria. This even though ‘he’ chooses traditional masculine pronouns.

As you probably know by now, gender dysphoria is the extreme discomfort many trans people experience with the sex/gender they were assigned at birth, such assignment usually based upon the appearance of their external genitalia. This discomfort I know very well, having suffered with it for most of my life. I have always had a strong feeling that my body was not in alignment with my gender identity. I may have been assigned male at birth, but I finally found a way to correct that miss-alignment. With the help of hormone therapy and gender confirmation surgery, I crossed over from blue to pink.

But today many young (primarily) people in the trans collage are intent on doing away with the classical gender binary. Instead of being a trans man or trans woman, they choose to self-identify as gender queer, gender neutral (neutrois), non-binary, agender, polygender, androgyne, gender questioning, genderfluid, demigender, genderf#ck, and on and on and on. I can’t begin to keep up with the ever-growing list of nonbinary identities but you can read more about them here.

I am confused, very confused. And I think a lot of other people are too. And confused people always say No, such as they did to HERO in Houston.

Brainstorm in Progress: Some Notes on Connectivism and Peer Review 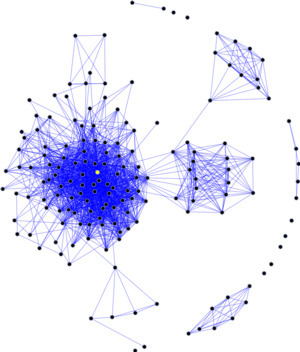 Thanks! Appreciate the feedback on my post on connectivism and peer review: http://t.co/0tFlXO33uB #connectivism

I’m interested to read this nexus of connectivism and peer review, something I studied as part of my dissertation.