A simple test and I flunked

I failed another test today. A test of conscience. 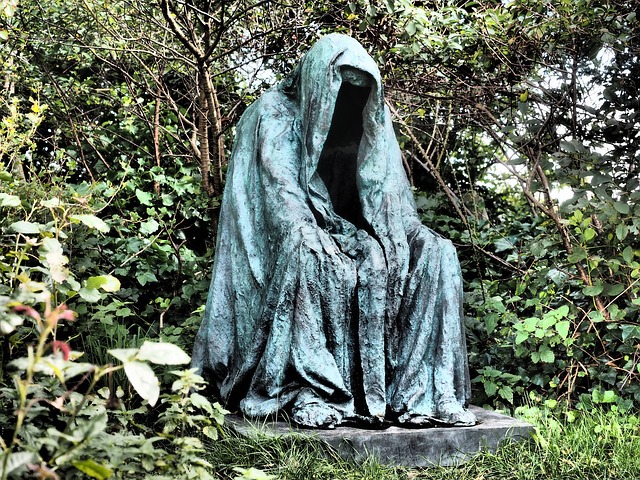 As I parked my car outside my condo after walking at the park, I saw my downstairs neighbor getting in his car. He drives for Uber and Lyft to supplement his income, so he comes and goes a lot. I walked over and told him about my car getting “robbed” the night before. When I got in my car that morning, I found my glove box open and everything in it on the floor. The box in the center console was also open and the old wallet I keep in there for change for tolls and visits to the fast food joints was gone, as were my iPhone earphones and charging cable. I told him my son-in-law’s car had been robbed in our lot as well a few months ago. In both cases, we had forgotten to lock our doors.

My neighbor’s reaction was immediate. “It’s those folks in Knollwood Apartments down the street,” he said. “Are you sure,” I asked. “I lived in Knollwood for a couple of years and it seems like a nice place.”

My neighbor is a middle-aged white man from Louisiana. I knew immediately he meant the problem was the “blacks” living on government assistance. I wanted to say something to show I did not agree with him that black folks were necessarily the robbers. That needing government housing assistance did not equate with being black. Or being a criminal.

But I said nothing, not wanting to create a problem with my neighbor. A neighbor who seems to accept me for who I am, even though I do not exactly pass very well anymore. I am androgynous at best on a good day.

But I, too, am an older white person. I have no doubt he would not be so accepting if I were not white.

And so, I am afraid of rocking the boat, here in deep red Alabama. I need to find my voice again.

[For a worthwhile read about why “Section 8” came to be a racially-charged label, see https://www.washingtonpost.com/news/wonk/wp/2015/06/15/how-section-8-became-a-racial-slur/?noredirect=on&utm_term=.11930ad53bb1]

What are the red states to do now that they require ‘suspicious’ people to present their birth certificates to gain access to the bathroom?
I envision a new law requiring everyone anticipating going to a public bathroom to be issued (i.e. in republican vernacular: buy) a properly colored ‘magic band’ not unlike those you use at Disney World. The bands would be linked back to the database that Trump and Cruz are building to control Muslims and immigrants, a database that can surely be expanded to include direct links to state birth records and a newly required 23 & Me DNA test. And like Disney, the entrance to all public bathrooms would be guarded by a scanner that reads your magic band and sets off loud alarms and locks the bathroom door if you are not qualified to use that particular bathroom.Of course, “real” women would be locked inside, but republicans don’t really care about women anyway. After 30 seconds, if an ‘offender’ is still proximate to the wrong bathroom door, newly hired Bathroom Police would be dispatched.
See? It is not hate driving these laws.
The republicans are just stimulating economic development and new jobs after all.

Just too much hate

I have to admit I am angry.

I am one of those “freaks” who you do not want sharing a bathroom with your daughter.

I have worked a job essentially every day since I turned 16. I did all the things republicans preach you should do so that you are not a “leech” on society. I came from a lower middle-class family that could not afford to send me to college. I studied hard in school, played sports, participated in civic activities, went to church, and eventually won a scholarship to the University of Alabama and a congressional appointment to the United States Air Force Academy. Because we were then (and still are) in war, I chose the latter. I wanted to serve our country.

And I did. But I became frustrated by the politicians running the war and costing my friends lives. I left the Air Force and used the GI Bill to get a master’s degree. I found a job with a good company in Mobile and worked my way up from the drafting board to the board of directors of a large environmental engineering firm. I worked on or led many engineering projects that still are important, functional parts of the infrastructure in many cities in Mobile and Baldwin counties, and, indeed, across many southern states. But my boss found out I was trans and kicked me out of the company, destroying my financial stability and even my ability to get another job in engineering. I was blackballed for being “queer.”

After I graduated from the Air Force Academy, I got married to a wonderful woman, had a daughter who has out-shown me in her accomplishments and who now is a mother to the most perfect child of her own. I am still her father and grandparent to her perfect baby. But the love of my life divorced me, and continues to drive a wedge between my daughter and myself. I have not spent Christmas or birthdays with my daughter for almost 20 years. I know she loves me and is torn between her mother and me. But it hurts so very much.

To republicans and many so-called Christians, I am a freak who should not be allowed to use a public bathroom. I am a freak that can be refused service, a job, a place to live, just because I don’t fit their idea of a ‘normal’ person. Ted Cruz’s Christian supporters even believe it should be legal to murder freaks like me.

Though I was never afraid all the time I was serving in the Air Force, flying F4’s during the Vietnam War, I am now afraid.

And my closest friends, who are republican and will vote for either Trump or Cruz, don’t understand why I am afraid.

Although we freaks have made tremendous gains these past seven years, all could, and, most likely will, be washed away if a republican is elected president.

I have seen the dominos begin to fall, beginning with Kansas where they have placed a bounty on the heads of trans people, to North Carolina and Mississippi where they have passed terrible hate laws in the name of ‘religious’ freedom, to Louisiana, where the republicans have introduced a bill that doubles down on NC and MS and specifically targets overturning the LGBT anti-discrimination laws in NOLA. How can Alabama fail to follow suit?

Soon I will not be able to legally use a public bathroom in my home state. Thanks to my local probate judge, who told me that he would not accept my petition to change the sex marker on my birth certificate unless it was prepared and presented by a lawyer, I have not been able to afford to get my birth certificate to match my social security card and passport.

I have turned 70 this past December. My life is more behind me than in front of me. I wonder why I keep fighting to stay alive.

I went back to school after losing my engineering career, thinking I could get a Ph.D. and a job teaching. But I had not reckoned on the age discrimination that exists in universities. They will always take a young new Ph.D. in preference to a 65-year-old new Ph.D. every time. And, of course, being a trans-freak does not help.

When I was on the board of BCM Engineers, I helped to get the company to give a scholarship to Auburn’s Civil Engineering school. I got my masters there, served on the school’s board of visitors for almost 10 years, but was told that they would not accept me into their doctoral program because of my age. At least, they were honest.

So here I am at 70. A freak. Working multiple jobs as an adjunct for a pittance but enough to keep me off welfare.

And I am so very tired.

Sometimes I think the hate I see coming is just too much to endure.

But I will stand up and fight. I will not go quietly.